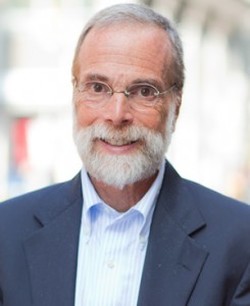 Steve Lurie, Executive Director of CMHA Toronto and Addictions and Mental Health Ontario (AMHO) Board Member, was among the 113 new appointees to the Order of Canada, announced June 30.

The appointment recognizes Steve’s “contributions as a leading advocate and administrator in the field of mental health care.”

“For over four decades, Steve has been a champion for mental health and addictions and an effective, tireless advocate for improving the system of mental health care. I am beyond honoured to work alongside Steve, and the sector is fortunate to have his strong voice on our Board” said Gail Cuzkar, CEO of AMHO.

Steve Lurie will be invited to accept his insignia at a ceremony to be held at a later date.

The Order of Canada, one of our country’s highest civilian honours, was established in 1967, during Canada’s centennial year, to recognize outstanding achievement, dedication to the community and service to the nation. Over the last 49 years, more than 6 500 people from all sectors of society have been invested into the Order.

← Government of Ontario’s Move to Make Naloxone Available Without a Prescription Will Save Lives E-QIP Webinar - Supporting You in Quality Improvement: ​July 20, 12:00-12:45 pm →